Winners Are Grinners Thanks to WUDU and New Age Caravans

The team at Parable Productions, produces of What’s Up Downunder, drew their major “Generate Your Adventure” competition on Monday. It was a rather low-key affair with the effects of COVID-19 making the draw a little different than previous years. But the result was the same.

It was an absolutely elated Peter Wyatt from Queensland who took out the major prize of a New Age MY20 XU Caravan and an EF2200iS 2.2 kVA Yamaha generator.

“It took a couple of attempts to contact Peter,” said Executive Producer of What’s Up Downunder, Warren Parrot. “And once we did, he found it a little difficult to believe.” But a couple of phone calls later and some reassuring, Peter, although still pinching himself is convinced he is the lucky winner.

Peter responded to his win on Facebook saying “Tania and I are still in shock…!!! To have this happen after the year we’ve had (even disregarding COVID), has just left us speechless and looking at each other absolutely stunned…! Thanks WUDU, you probably have some idea what this means to us, but it goes way beyond even that…! No doubt we’re like so many others in thinking it could never happen to us, but it has…! I just don’t know what else to say…”

What a wonderful way to start the year. “We are so grateful to New Age Caravans, Yamaha Generators Australia, and RAM Trucks who gave away 10 consolation prizes, for their generosity,” says Warren.

But the giveaways don’t stop there. There is always some sort of amazing competition running on the What’s Up Downunder website. It’s just a matter of jumping and filling in your details.

“We look forward to making the call to the next lucky winner!” 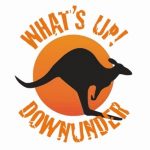