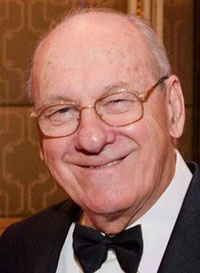 Merv King has been a major figure in the caravan industry for many years. He has served on numerous boards, and has shared his knowledge with anyone who asked.

He was also someone who took a personal interest in those who worked with him and for him. Kath Massey is one such person.

“I first met Merv in 2004 when I took on the role of incoming Park Manager at BIG4 Forest Glen Holiday Resort. It was apparent from our first meeting that Merv was direct, straight to the point and filled with a wealth of knowledge and passion for the industry.

“When I started Massey Online Management, Merv and Alan King were amongst the first to take up our services and support our fledgling business. His innate character again shone through when after my initial pitch he gave us three months to prove our merit and then allowed us to get on and do what we do best for all his properties.

“Merv’s generosity is legendary, regularly sparking a bidding frenzy at charity events and this would filter down to shouting all and sundry at the Conference bar. He was larger than life, one of a kind and I would not be surprised if he has already tracked down and is right at this moment having a drink and a yarn with Sean Connery!

“RIP Merv. You will be missed.”

Another person who met Merv through working for him, and later with him is Darren Beck.

“The tragic news regarding Merv King and the details surrounding his sudden passing has shocked many people including myself and brought to an end the life of an industry icon, boss, friend and mentor to myself and to many others throughout the holiday park industry – Australia wide. I am sure there are friends far and wide who share similar thoughts of a leader in our industry.

“I commenced my working life with Merv in the late ‘90s with his purchase of Forest Glen Holiday Resort on the Sunshine Coast.  Employed as a park manager for Merv was a career and a position I never would have imagined. Working with Merv, led me to the next chapter of my life and the experience I gleaned from him as a mentor during this time was invaluable.

“The guidance provided by Merv, his management of people and his insights into business operations were freely given and all one had to do was listen and follow the direction he set to see the success this approach could bring. Merv gave me my first opportunity and was always available to share his vast experience in business management and how a successful park should be run. Always firm, but fair, the seven years at Forest Glen then led me onto our next industry venture.

“The generosity shown with the financial opportunity to be involved with the purchase of Jindabyne Holiday Park, and a partnership arrangement with an investment group, was down to Merv’s foresight and willingness to assist me in a venture of this kind. A once-in-a-lifetime investment for myself …  and the first of a few more for Merv, saw his business interests expand within the park industry.

“It was a pleasure, as well as a defining career timeframe working with Merv – and this helped to align me with the last 20 years of my life.

“The loss of Merv will be felt – not just by me – but also by the industry that Merv helped forge – as well as by his many family, friends, associates and acquaintances throughout Australia and beyond.”

Alison Huth knew Merv during his time at BIG4 Forrest Glen, and has one abiding, personal memory of Merv.

“On a personal level, Merv had a major passion, and that was singing in a highly respected choir. He loved nothing more than being part of Handels Messiah. Merv was a man of many levels, many interested. He will be greatly missed by us all.”