The Deni Ute Muster today announced the full program of music and entertainment in store to celebrate 21 years of honouring the ute and country life on Friday, 4th and Saturday, 5th October 2019. 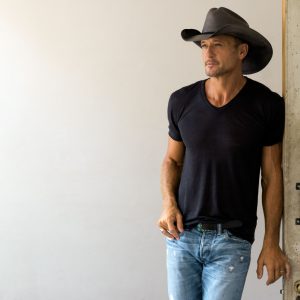 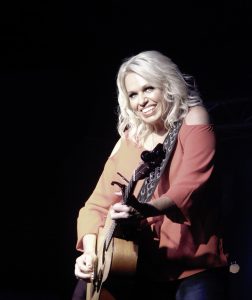 Saturday’s line up has the Chloe Styler Band, Aaron Jurd and the Banned, Whistle Dixie, the Pete Denahy Band followed by Blake O’Connor with Gareth Leech taking us through to sunset.
The Deni Ute Muster is always more than the music and the utes, with attractions around the grounds delivering thrills, spills and plenty of excitement for all festival goers.
The spectacular driving competitions bring the sights and sounds of high powered utes competing across the Circlework, Barrel Races and Go to Wo competitions.
For the generally prettier utes there is the Show ‘N Shine where the modified utes compete like bulls of old for best in show! Categories this year are Best B & S Ute, Best Street Ute, Best 4×4 Ute, Best Themed Ute, Best Chick’s Ute, Best Country Ute, Best Original/Restored Ute and for the first time, Best Off-Road Car. 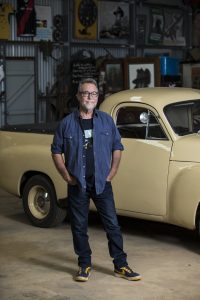 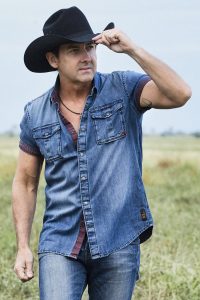 The Deni Ute Muster proudly holds two world records, the most utes and the most blue singlets worn in the World Record Blue Singlet Count, and every year they try to break these records. The counts are held on the Saturday and provide a rare opportunity for festival goers to become world record holders!
The perennial favourites Wood Chopping and Whip Cracking return, recalling everyone’s show day memories. The Whip Cracking attracts entrants from across Australia competing in the Riverina Whip Cracking Challenge. Brophy Bros will be bringing back their Big Top with Wild West circus shows and Carnival Corner with all the crowd favourites including dodgem cars, a Ferris wheel and fast paced rides for the adrenaline junkies.
The Peter Hodge Camel Rides offer one way to get around the festival, and the new Trackless Train offers another, helping festival goers get around to all their favourite attractions.

RACES OF ALL TYPES

The Australian Ride on Lawn Mower Racing Association will be setting the pace with their modified ride on mowers reaching speeds of up to 100kmh for the return of Lawn Mower Races. To catch them cutting down their competitors, head down to the Deniliquin Freighters Sports Arena each afternoon.
There is always a huge amount of attractions to keep the little ones interested, and this year includes Real Dinosaurs, the lifelike Toby the T Rex and Razor the Raptor who walk, talk, blink, breathe and roar. They will be walking throughout the festival and have a dedicated show each afternoon.
They can get up close and personal with some less extinct wildlife with Wild Action, Australia’s leading wildlife and education zoo, who’s ethos is simple, “How can we save something, if we don’t understand it or love it?” 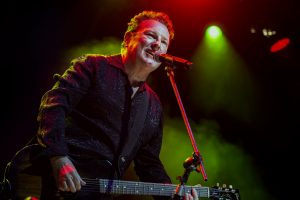 KIDS BIG AND SMALL CATERED FOR

If you can get the kids out of the Muster Sandpit, a new giant sandpit attraction, they can take part in the Pedal Go Karts, racing each other for glory. They can then rematch and race by climbing inside one of the Zorb Balls and roll, flip and bounce their way around the giant inflatable track.
The Decentralised Demountables Family Centre has The Fusion Group running free children’s activities from 9am each day, including face painting, wood work, crafts, games and much more! They can learn about recycling and reusing whilst getting hands on creative with the Trash Puppets workshops. The adrenaline junkies are well catered for this year. If the Bullride Spectacular show, featuring bulls from the famed Woodall’s Rodeo stock, doesn’t get your heart racing you could check out the Wheel Of Death, as daredevil performers skip, jump and perform amazing acrobatics without wires or nets on the 10m high apparatus.
The festival can be viewed from a range of heights. You can harness up and climb the 8m high Rock Climbing Wall, or go even higher with the Helicopter Rides, and see the whole site in one view.
The Berkly Super Tank, a huge 15m mobile fish tank, allows you a fish eye view as you watch the fish react to the range of lures and fishing techniques on display. Ranger Nick, the guru of camp fire cooking, will perform three shows daily, demonstrating some great bush cooking techniques complete with yarns and poetry.

Each afternoon in the Central IGA Marquee, Bogan Bingo, like no RSL has ever seen, mixes the traditional game into something like an impromptu theatre party. (Adults only)
Since 1999 the Deni Ute Muster has become the region’s biggest tourist drawcard and a celebration of all things Australian.
The Deni Ute Muster has amazing community support with more than 1,000 volunteers mobilising each year to help put on the event which donates close to $100,000 back to community groups.
Deni Ute Muster General Manager, Vicky Lowry, said today, “The Muster team have put together our biggest program yet with something for every age group and many new activations. With only 21 weeks until the sculptured Deni Ute Muster gates open for our 21st celebrations, we look forward to welcoming return and new patrons to Deniliquin to be part of our iconic bucket list event that continues to create social connections and advocates for our small regional town.”