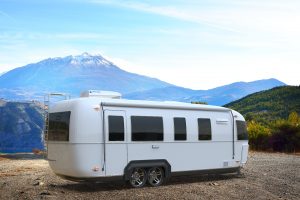 The ‘Watergen ON Board’ water-from-air generator will be available through select Camping World locations in the U.S. in the spring of next year. Pricing and other international markets have yet to be announced.

The Watergen ON Board harnesses humidity in the air to provide over 10 gallons per day of fresh, clean drinking water – all completely independent of an external water supply or water hookup. The unit simply plugs into any 12V power source, either from batteries or solar panels.

Using Watergen’s award-winning GENiusTM technology, the aftermarket device offers a wide operating range of 59-113°F and 20-99% humidity and is ideal for RVs and Campers offering the freedom of on-the-go water generation and off-the-grid living.

“We see water capture as one of the biggest opportunities for disruption in the outdoor market and Watergen is the industry leader. We are excited about our partnership with Watergen and the future of bringing Watergen GENius technology and systems to Camping World retail and install centers across America” said Ryan Biren, SVP of Corporate Development, Camping World.

“Watergen is the global leader in Atmospheric Water Generation and this partnership with
Camping World builds upon our vison of providing fresh, clean drinking water no matter where you are or where you are going” said Dan Clifford, President, Watergen Americas.
The company unveiled the Watergen ON Board at Camping World’s first Electric World location in Draper, Utah last month, as part of Camping World’s annual investor conference. 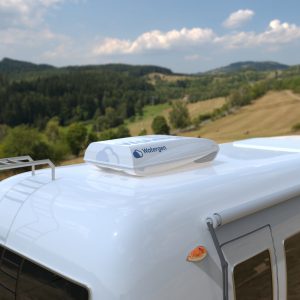 The Watergen ON Board is part of an expanding portfolio of innovative water generating
products geared towards an active, on-the-go lifestyle including the compact Watergen Mobile Box and the medium sized Watergen GEN-M1.

About Watergen
Watergen is the pioneering Israeli company that has become the global leader in the
atmospheric drinking water generators (AWG) market, machines that create drinking water from the air. Watergen has been named one of Time Magazines “100 Best Inventions of 2019”, received 1st prizes at CES 2019 and CES 2020, and was recognized by Israel’s Ministry of Economy as one of the 7 most innovative inventions in Israeli national history.