With a new song and video, Aussie rock legends Hoodoo Gurus take aim from lockdown at a bright orange target across the seas!

It should come as no surprise to anyone who knows the band’s ‘70s punk backgrounds, but the Hoodoo Gurus are not averse to a bit of anger in music. These are guys who cut their teeth on the Sex Pistols, after all. And they’ve always had that energy, that sense of rebellion – remember this is a band that helped give loud guitars a new lease of life, back when synthesisers ruled the airwaves back in the early ‘80s – even if they have shied away from direct political activism. But Dave Faulkner has long been a personal songwriter, and this is personal. As it should be for all us. The only 45’s these guys like are the ones in their record collections, and if they can do anything to encourage some sort of change, they can no longer keep quiet.

Hung Out To Dry was not supposed to be a Hoodoo Gurus’ single. It was originally intended to be the B-side of another song and both going to go out together as the follow up to their recent Answered Prayers single. The original A-side they had in mind has also been recorded but it will now be the next single (in a few months’ time). Once the band started rehearsing, however, Hung Out To Dry kept growing in stature and the band soon decided it deserved its own space. This is not the first time this has happened in the Hoodoo Gurus’ career: one of the band’s biggest hits, Like, Wow – Wipeout! also started out life as a B-side!

Self-produced and recorded last month at Harry Vanda’s Hercules Street Studios, Sydney (with engineering and production assistance by Wayne Connolly), the song is accompanied by a wild new video, filmed in part at the Bondi Diggers Golf Course. 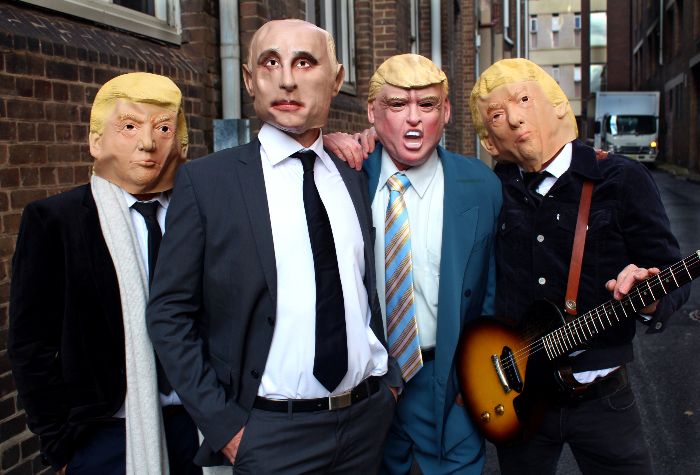 Click to view Hung Out to Dry video trailer

The new material marks the beginnings of a new album that will be released next year. The Gurus have been far from idle over the past few months and got back to rehearsing and recording as soon as lockdown laws allowed.

In addition to the new recordings slated for release in 2021, last month saw the release of Answered Prayers on limited edition 7” vinyl, as well as the digital release of a deluxe new edition of their 2004 album Mach Schau. The band also appeared live on The State Of Music, and Dave Faulkner did a cranked-up solo set on Delivered, Live. Dave also spent a fair bit of time talking to people about the reformation of his ‘70s punk-era band The Victims and their new EP (Horror Show) and self-titled anthology of old material, which have both been released by super-hip LA label In The Red Records.

The pandemic has also meant Hoodoo Gurus had to postpone their long-awaited US tour, which was to take place this October and November. The band are now working on rescheduling those dates for September and October, 2021 and updated dates and ticket information are being regularly added to the band’s website.

Behind the scenes photos, the video trailer and lyrics can be downloaded from here.

Hung Out To Dry will be released digitally only on Friday 24 July 2020 on the band’s own label through Universal Music.