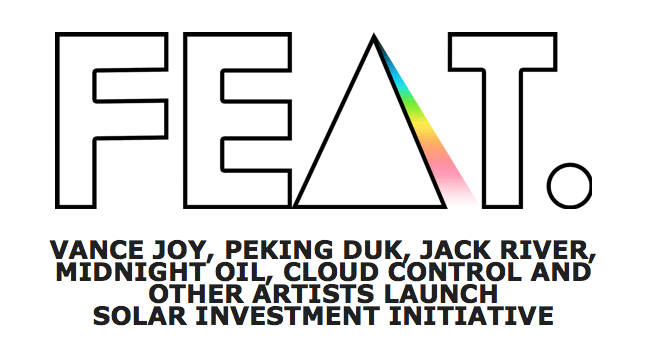 The idea is the brainchild of Heidi Lenffer from Cloud Control who was driven to design a strategy for touring in the era of climate change after she calculated how much touring costs the planet.

Working with climate scientists on data from a 15-date Australian tour of theatres and clubs by her band Cloud Control, Lenffer discovered that two weeks of touring generated 28 tonnes of carbon emissions.

This is equivalent to what a household creates during the course of an entire year.

Lenffer said, “The fact is that this was just one small tour in an album cycle which also took us to the U.S. three times… then you think about multiplying this out with a 64-billion dollar industry worldwide and you’ve got a serious problem. Touring is easily the biggest source of income for artists, so when I understood how something as important as live music could be creating so much damage at this critical time in human history, I knew we could do so much better. I also knew that a progressive community like the music industry would have the guts and imagination to embrace change.”

FEAT. are launching a solar investment fund for artists in association with Future Super — Australia’s most renewables-focussed superannuation fund — that will finance new and existing solar farms around Australia.

The fund will have a target return of over 5% per annum, and artists can choose to reinvest their dividend payments back into the fund, or have them paid to their artist accounts.

Artists will be able to invest a lump sum or a percentage of their touring income.

For artists investing in the new fund, the first solar farm that FEAT. artists will see built is Brigalow Solar Farm in south-west Queensland. At 35 megawatts, Brigalow Solar Farm is large enough to power 11,300 homes for the next 30 years, and will generate the equivalent of 2,149 Cloud Control tours in clean energy every year.

“We’re literally building the energy system that will give humans a future on earth, and I want artists to take ownership of this future. The stakes have never been higher, there’s never been a better time to invest in renewables, and this is a way for our whole industry to step up. Artists create songs out of nothing on a daily basis — now we’re upping the game by creating solar farms,” Lenffer said.

Music fans and everyday Australians will be able to invest into the new fund later in the year, but for now there’s a waiting list they can join on the FEAT.website.