The theme was set, 65th Anniver 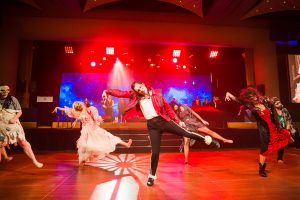 sary – Making memories through the years which was re-enforced with spectacular musical, dancing and visual tributes to the eras from the 1950s to current day.

The event was proudly sponsored by:

The evening was further supported by:

The Association has a long tradition of recognising people who have contributed so much to the industry, and the prestigious Hall of Fame Awards recognise both past and present pioneers of the industry. The Business Award nominations were assessed by four independent judges, the award’s recognise members for their outstanding business and personal performance throughout the past 12 months, and takes into account a wide range of criteria.  The quality of the nominations this year were extremely high and businesses are now using the busine

ss awards as an opportunity for reflection and improvement.

This year all Business Award winners were fortunate to receive an advertising package valued at $25,000 from Parable Productions / What’s Up Down Under.  A prize of this value will be of great assistance to all winners and allow them to access marketing that they may not have had in the past.

The Caravan Industry Association Victoria would like to congratulate all the 2017 finalists and Winners.

Excellence in Dealer/Retailer of the Year Award went to Carac Caravan Accessories.

Also acknowledged on the night was James Manson, who received the Media Award in 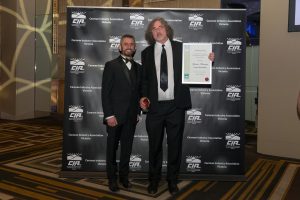 Recognition for Outstanding Commitment and Promotion to the Caravan Industry.

This year there was a special presentation for three very worthy recipients who received entry into the exclusive CTIAV Life Member club for outstanding service to the Association:

The event has been running for five (5) years now and they recorded their largest attendance to date – over 550 people.