Adventure has a unique way of redefining our limits and resetting our concept of normal. When we push ourselves beyond our known boundaries and explore beyond the limits of our imagination, we always discover something new about ourselves, our companions and the world around us. 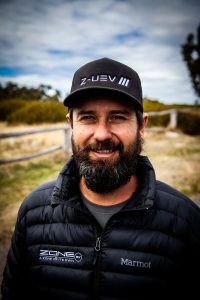 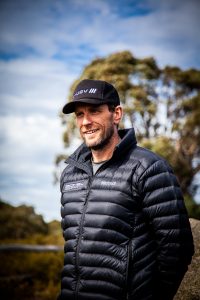 As Sydney to Hobart yacht race crew, building Australia’s most hi-tech caravans or just living life to the full, Matt & Dave naturally like to push the limits. Having designed and built their vans and trailers to go just about anywhere, they naturally just assume they can and will.

Back in December, I had the opportunity of testing out two new Zone RV Expedition Series trailers along the ultra-remote beaches and rugged limestone cliffs of the Great Australian Bight, including two punishing days along the old telegraph track; so, I knew first-hand what these trailers were capable of. But towing an 18’6” offroad caravan along some of the toughest tracks in the High Country? That would be taking it to the next level!

Prior to our trip, two thirds of the Alpine National Park, was closed due to bushfires so I had quietly hoped that many of the high plain roads would reopen in time, as they seemed a far more sensible place to take an offroad van than a black diamond trail. But Matt grew up watching The Man from Snowy River on a seemingly endless loop and was mad-keen to fulfil his boyhood dream and ride his ‘trusty steed’ through to Craig’s Hut. The fact that his ‘horse and carriage’ weighed over four tonne seemed of little consequence.

Earlier in the week, he had gained a lot of confidence ‘breaking in’ his VW Amarok and Expedition Series trailer on the three summits alpine trek of Mt Pinnibar, Mt Anderson and Mt Gibbo. The fact he’d been snatched up the last of the Mt Gibbo ascent clearly didn’t faze him. “Rob, there’s got to be a harder way to get to Craig’s Hut!”, he said pointing to the map. “What’s the toughest way to get from Mt Hotham to Mt Buller?”. Matt was determined to level the snatching score with Dave driving the LC79 ‘farm truck’ and hauling the 18’6” offroad van. Cool as ice, and with a rig that was at least a tonne heavier, Dave was yet to spin a wheel or for that matter, break a sweat. Two days later we were camped at the top of The Staircase, having just done a recce of the trail for the next morning’s challenge. We’d decided to launch the attack at first light, long before the first rays of the day woke any campers, deep in the valley below. There was no way anyone would fit past our convoy of four vehicles and two trailers and we wanted to be safely off the track before anyone came the other way.

With years of practice, maneuvering large yachts in small marinas, Dave effortlessly guided the Landcruiser and caravan down through the painfully tight and narrow switchbacks and track-groping trees like an Olympic slalom skier in slow motion replay. “Watch and learn boys!” he jeered over the radio, “Watch and learn!”. “It’s just a matter of physics”, Matt told me quietly, as I watched on in awe.

Dave clearly wondered what all the fuss was about and by 8am we were already at the bottom of this black diamond trail with The Monument Track up to Mt Stirling the final hurdle before our intended finish at Craig’s Hut.

After the last five days of high altitude, steep and rocky climbs and descents, tackling this formidable ‘trailers not advised’ track was second nature to our well-oiled team and equipment. So, with the track recently ‘graded’ and our trusty steeds having already proven their mettle, the Zone crew made short work of the signposted ‘steep and rocky track’.

We were soon at our journey’s end and Matt quietly played Jessica’s Song as he walked through the timber gate and sauntered onto the porch of this iconic hillside abode. In his mind he was still Jim Craig, courageously chasing brumbies down that treacherous slope and then quietly letting the stallion free to roam the mountains once again. 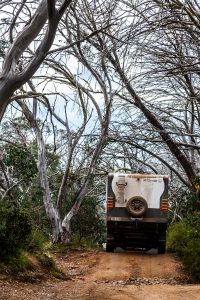 The perimeter fence around the hut was clearly the only ‘boundary line’ he’d seen all week. Matt had proven to himself and the rest of us (especially me), that our perceived limits of what’s possible and normal are all too often shaped by the self-built walls of our unconscious bias and selfish preferences.

Of course, none of us want to see our prized 4WD tracks and remote campsites clogged with trailers and caravans, as we all want to be the only one there and want to see these beautiful places passed on to the next generation of adventurers, but we have to accept the reality that with powerful tow vehicles, an experienced team and state of the art offroad trailers you really can go just about anywhere, and with very minimal impact.

Adventure is becoming more accessible for all. I think it’s a great thing for our industry and humanity in general as we all need our limits pushed beyond our comfort zone. It’s then that we discover what we are truly capable of.