This month Cruisemaster sets their sights on some of the toughest tracks in Australia on their annual R.A.T. Run (Remote Area Testing Program). What makes this year significant is that it marks 10 years of this gruelling program, and the team has gone all out. 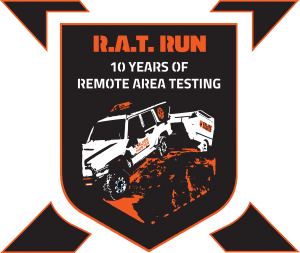 The purpose of these notoriously tough testing trips is to punish prototype products in the toughest real-world conditions before being released to market to ensure Cruisemaster’s products hold up to whatever the end-user throws at it.

This year’s trip; “R.A.T. Run X” as it has been dubbed by the Cruisemaster team is a two-week trip covering close to 10,000 Km’s through some of the toughest terrain available in Queensland and the Northern Territory.

Cruisemaster has designed and built two completely new testing trailers for this year’s trip; a single axle trailer capable of 2.8 Tonnes and a tandem axle with a capable of 4.5 Tonnes. Both trailers are completely modular allowing the team to add and remove components as required for the specifics of the trip and products being tested.

So what products are being tested on this trip? Cruisemaster are obviously tight-lipped on the specifics but have said this is the most prototypes they have ever had on a R.A.T. Run with at least five unreleased prototype products fitted to the trailers.

With this many new products lined up for release in the coming year, it looks like exciting times for Cruisemaster.

Cruisemaster also plans to release a YouTube mini-series with complete coverage of the trip in early November.